From Castaways Wiki
Jump to navigation Jump to search

Islands on Castaways are a more activity filled aspect to the castaways world, unlike the hub users with permissions have the ability to break and place blocks, and make creations that come to mind to make the Castaways experience unique to users. There are currently 500 islands in the castaways world, users were able to previously obtain them by owning a raft or getting them from a free mint, now users can obtain them through Opensea as an NFT or by winning them in events. Each island is owned by a player but some users choose to own multiple. 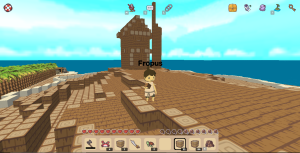 Islands can have different generational aspects, but generation 1 islands are the only current ones available.

Generation 1 islands can feature a Coal Mine or a Volcano but they can come in different combinations, each island is limited to up to 2 material sources. An island can have between 0 and 2 volcanoes, and between 0 and 1 Coal Mines. 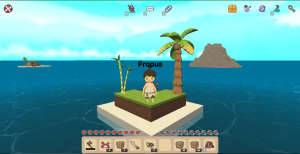 When first starting islands start off with 1 fully grown Palm Tree, a Wood Axe, and the basic terraformed island featuring 12 blocks of grass, 12 of stone, and 20 blocks of sand.

As of currently islands permissions are automatically set to owners only, but island owners are able to use the /island add <user> command to give other users the ability to do things on their island. Currently adding a user to an island gives them access to all abilities even accessing storage.

Homestead Update: The permission system will be updated in the Homestead update. Island owners will be able to subdivide island member's access, like limiting their access to certain parts of the island or only being able to do a certain type of action.

Similar to the hub command users are able to do /island <number> to make their way to another island.